“We believe in hermeticism as defined by the “seven keys,” not in the hypothesis of evolution.”
– Dr. Michael Bisconti

Skip to our 5 most recent articles:
1. Stupid Evolutionists Database
2. Quick Answer
3. Velocity of Evolution
4. Evolution Does Not Disprove Man's Creation On A Single 24-Hour Day
5. Final Answers To Evolution

Evolution, a mere hypothesis, is not a threat. What is a threat is the teaching that evolution disproves the Bible. The linchpin (“something that holds an account together”) of the Genesis account is the fact that God created man in less than 24 hours. This directly contradicts the ape-to-human component of the evolutionary schedule.

The key thing here is that creation can be synoptic (a summary). Genesis 1 states that God created the first female, which apparently is a single event, but Genesis 2 says that the creation of the first female involved two events (skeletal amputation followed by skeletal transformation). So, obviously, Genesis 1 was synoptic; that is, only presenting a summary .

What we have proven is that Genesis 1 contains synoptic content. This means that the whole Genesis creation account may have been synoptic. This, in turn, means that there could have been billions of years of creation. And, finally, billions of years of creation could mean that the human body evolved over time then on a certain day, the “sixth day,” God gave the human body a soul.

What does all of this prove?

It proves that evolution does not disprove the Bible.

Now, was a day a day or was it billions of years? We don’t know and it doesn’t matter, scientifically speaking. And, remember, science isn’t necessarily truth.  Now, in terms of truth:

Finally, we still oppose evolution because it is unprovable. It is unprovable because it is experimentally unverifiable. And, remember, adaptation, called also “microevolution,” is not evolution. Evolution must, forever, remain a hypothesis or, at best, at some distant time in the future, a theory.

Evolution is not the belief that:

a species can give rise to a new species

That we may accept because a creative intelligence (a loving God) may assure the survival of one of his families of living creations through such means.

Evolution is the belief that: 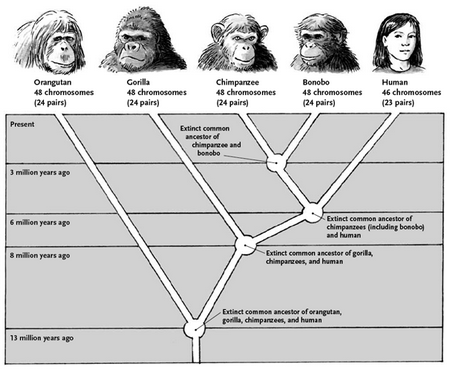 5 Most Recent Articles Begin Just Below 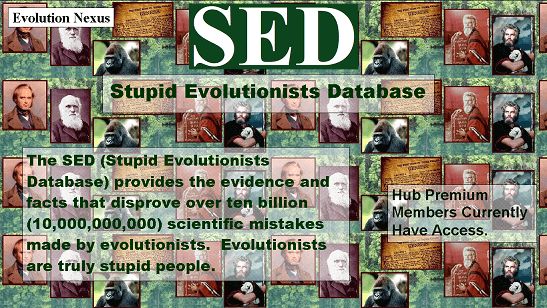 If we had to make a quick choice between evolution and creationism, we would choose creationism.

Here is a simple proof that evolution is not a fact:

Footnote: Multiple studies universally agree that evolutionary science is based on well over 11,000 assumptions.

Theistic evolutionists believe that God used evolution in the process of creating man. Their failure is that they engage in an uncritical acceptance of certain scientific postulates and principles. In other words, they either haven’t done their homework or they haven’t done enough homework. For example, they accept the transitional forms (ape-men, not man-apes) as fact when, in reality, there is not perfect agreement in the scientific community as to the principles supporting the conclusions regarding these so-called transitional forms.

If they existed, extreme man-apes would simply have been man-apes that could be mistaken for human beings.

There is disagreement in the evolutionary scientific community as to the validity of methods used to analyze and evaluate fossils. However, let us assume, for the moment, that the methods are valid. What would this mean?

What it would mean is that there were extinct “man-apes.” What would these man-apes have been. There are two views – evolutionary and data.

The evolutionary view is that the man-apes were transitional forms; that is, life-forms between more ancient apes and man.

The man-apes would have been ancient apes with higher intelligence and more human-looking appearance than modern apes.

The evolutionary view is based on a mixture of data and fantasy. The fantasy is that the man-apes gave birth to human beings. However, no birth fossils (fossils of mothers giving birth to babies) have ever been found.

The data view is always correct because it simply reports the facts.

If fossil analysis/evaluation methodologies are valid, there were ancient apes with higher intelligence and more human-looking appearance than modern apes. There are no birth fossils to prove that they gave birth to human beings.

It is common knowledge that some life-forms are extinct (no longer exist); for example, the dinosaurs. The so-called transitional forms leading up to human beings, if we accept the scientific methodology as reliable, would have simply been more anthropomorphic (more human-looking) apes now extinct and nothing more. Also, any so-called, human-like abilities would be accounted for by more advanced intelligence than modern apes.

In simpler terms, if the transitional forms are real:

They would have simply been smarter, more human-looking APES from which man did NOT descend (did NOT evolve).

PS: In the future, we will refer to these “unproven” creatures as “man-apes.”

Monday, March 4, 2013
Dr. Bisconti has now earned his Ph.D. in biology with his thesis "XD: The Theory of Indeterminate Design."